Started out okay, but now not so much... Long and critical review. Will update after MC Plumbing fixes these issues. First off. I had 4 different companies come out and give me quotes to install a tankless water heater. Very different range in price from all 4 companies. Dave came out from MC Plumbing and was very polite and seemed like a nice guy. MC Plumbing was not the cheapest, but they weren't the most expensive either. I decided to go with MC plumbing after reading plenty of good reviews on Google and Yelp. They came out and started the install the very next week when I was available to be home. They did show up late all the days they came out, when they said they would arrive at 8am. I can deal with that, I was home anyway. They got the project started and finished most of hanging up the tankless water heater that day. They had to show up the next week when I was off work to install the piping for the gas line. Late again btw. (PROBLEM #1) They cut out drywall to install the piping until they ran into a problem in the wall on the garage that is on side of the house. Well look here there is a power box and electrical wires in this wall?! Which is visible on the outside of the house, this is not a hidden wall. In that same process, they nicked several wires with their saw or whatever cutting tool they used. Now i have a huge L shaped cutout in the drywall of my garage that should not be there. This is a complete rookie mistake! A company that has been in business for 20 years shouldn't be making mistakes like this. LIke I said, it is not a mystery what was in this wall, you can see it on the other side. (PROBLEM #2) While they were shoving more of the piping into the ceiling and walls they damaged more items in the garage. What is going on here?! (PROBLEM #3) Yay! After 2 whole days, Feb 25th they are finished with install, now to wait for the permits to go through and get inspection. I also explain to Dave that something needs to be done to fix the walls that were destroyed that should not have been and parts of the ceiling. Dave says he will talk to his supervisor/owner and get back to me........................... 2 weeks go by and still havent heard from Dave, I email on March 8th "Any details about permits and gas line inspection? Also info about fixing the damaged sections of wall that were removed when they should not have been?" MC Plumbing explains they are still waiting on permits and will call me when they know... Nothing mentioned about damages... 2 more weeks go by.. March 24th, I call MC Plumbing to ask about inspection and they say they can schedule it tomorrow. Okay cool! I ask them again about the damages I spoke with Dave about, and that I have never heard anything. They said they will talk with Dave and he will contact me. Next day, March 25th, the city stops by in the afternoon to do inspection.. Says looks pretty good, but there is no pressure in the system. Needs 15 PSI. I ask if I can put air in, he says yes, its gets up to 3 PSI and then stays there. Stop putting in air and it bleeds out the air of system. City inspector says there is a leak and doesn't pass. Call MC plumbing and leave message stating everything that just happened and to call me back since it didn't pass. No call. *April 7th update* Read my previous review to get all the details from before, but to finish up the review, MC plumbing took care of everything that was damaged and/or not up to par. They had an electrician come out and fix the wires that were damaged during wall removal. After that, a drywall guy came out and fixed the drywall that was unnecessarily removed. They got rid of the tank water heater and moved some of the piping to a new location. It was quite a long process but very glad everything was taken care of. Spoke with the owner, along with Sally and Dave multiple times. Everyone was very pleasant to work with overall and I'm very glad MC Plumbing fixed everything. Updated from 1 star, to 4 stars. I would still recommend them to other people, even though there were some bumps along the way.

Called them out to detect where my 3 year old toilet was leaking. Tech told me the wax ring wasn’t replaced when toilets were installed. I questioned that because they were new toilets and came with the ring. He left…toilet started to leak again. Called and they were apologetic and got someone out promptly. This tech said it was the ring because I’d been using bleach tablets in the tank. He changed it free of charge and left. About 3 hours later, water again was leaking through my vinyl plank floor. Ugh. Called again. They were very apologetic and professional. I get it. It’s like fixing your car. You’re trying to guess what the issue is. Same tech came out. He pulled the toilet and found a crack in the toilet. I went and purchased a new toilet. I called and they sent a new tech ASAP to install. It was a process yes but it was handled promptly and efficiently. I wish they’d have inspected the toilet better first time but they never charged me for the other times coming out and discounted the new install. I would recommend and use them again.

Wow, Top notch service!! Alexander responded within an hour of my call. I had high pressure outdoor plumbing leaking. He had the job repaired and completed early morning next day. He keeps you informed every step of the way. From the moment of dispatch to completion. Cost was as estimated. I would definitely call on MC Plumbing again, highly recommend!

7/21/2022 Update Had another service done be MC, just as good as the first one. This time to repair a water heater. They sent a text saying they would be showing up 30 mins before our stated appointment window. Fernando was courteous & professional. Presented us with our options and performed the work in a very timely manner. Another job completed, another wonderful interaction. Highly recommended MC Plumbing. We had a clogged kitchen sink, past my abilities to fix. I did a.search and MC was the closest that came up and had amazing reviews. So I called them at around 11:15.They answered the call very professionally & were friendly. She let me know that David would be dispatched to our repair. I received an immediate text confirming and another a few minutes later letting me know that David was on his way. He arrived before Noon and was professional and friendly as well. Took a look and quoted a reasonable price prior to beginning work. It was a pretty decent clog, it took a bit more work than either of us thought it was going to, and he was still finished within an hour. They have incredible service and will now be my go to for any future pluming work. I highly recommend giving them a call.

This company is the biggest joke I've encountered in a while. Called them up for a main line leak diagnosis and repair. They end up sending a newbie to the house who doesn't understand a thing and doesn't have any tools to detect the location of the leak. The guy calls me and starts talking about bushed near the shutoff valve... I tell him the leak is in the main line and the bushes are roughly 20 yards away from the location... He goes on to tell me that he doesn't have capability to detect the leak. Few hours later he calls me back saying that after speaking with his boss, they can't properly diagnose the leak because of the proximity to Summerlin Pkwy (which btw is around half a mile away and I've had many plumber properly detect leaks before). He also proposes that I pay them to blindly dig up an area which has paving stitches, using the rationale that the leak might be there since someone had made a repair there before, without any guarantees for a success... This company's unprofessionalism is mind boggling. The things they told me were literally the dumbest things I've heard in a while. I have no idea how people as clueless as this can stay in the business! 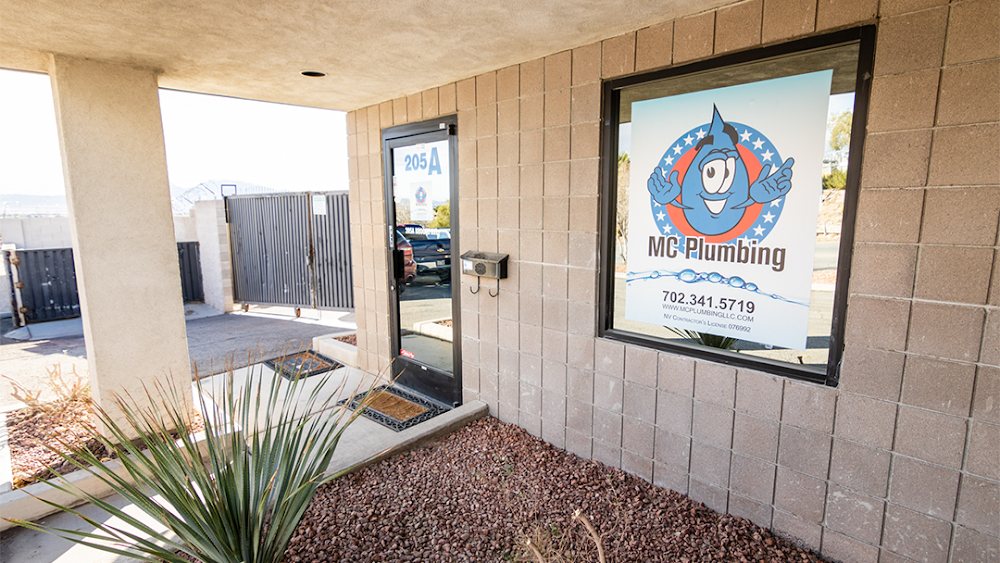