I have used Move4Less at least 7 times in the past 4 years for my family and myself. I have recently gone through a challenging situation when I thought I had chosen an ideal apartment to live in while my divorce became final. It turned out to be anything but. My anxiety was high and needed a quick move and Move4Less came through. I’ve always had great guys, and a great crew. How do they find such great team members? My crew this time was Mark, Enrique and Ian. So very nice, polite, accommodating and over the top performers. Move4Less is lucky 🍀 to have these wonderful employees! It was a 2 day job, packing and moving …what an undertaking and I had just moved in 13 days ago to my new place. I’ve been blessed to have Enrique twice! Great guy….What an amazing person…strong, kind, patient and great organizer! So pleasant and respectful. Mark was awesome and a great leader…knows this business and also professional, and patient, hard worker and projects that on his team…he is mature and a wonderful asset to any company. Definitely promote this guy! . Ian was super energetic, super polite and willing to help where needed, he is a great young man….every company needs team players like him! What a pleasure these 3 guys were today….thank you Mark, Enrique and Ian …bless you🙏❤️

Jose, Enrique ,George, Chris F were super great. From the beginning Move 4 Less has the best quotes in town! Tina, the sales Rep, is beyond quick and very customer service oriented. Response times are next to none! The group of movers we had were quick, efficient and super helpful. We all had some laughs too! I would recommend these people anytime!!!! You won’t be disappointed!

I went on yelp and sent out a quote to multiple moving companies. Move4less not only had the best price and flexibility but they were the first to get back to me. As far as dealing with the quote Chris was awesome, i changed my plans multiple times and he did not mind at all. The movers Ezequiel, Felipe and Adrian were awesome they got the job done in 1 hour and very efficient and careful. Overall friendly move and pain free which is exactly what you would want. When I move again I know who to call.

This review is in no way a reflection of the work both of my movers did on the day, they were both wonderful and professional (5 stars for them) This review is for the company itself. I called to use this company because I have an upright piano that requires professional movers. I made it very clear that I had an upright piano when they quoted me. On the day of the move, the movers were not made aware of the piano from the company and said they needed a third person. Totally cool, except the company didn’t have a third person. The woman in charge told me I needed to schedule a NEW move on another day and quoted me for the exact same price as my original move to JUST move the piano, as all of my other things were already on the truck. This was 100% their error and they didn’t even offer me a discount! When I asked why I would have to pay double for an error THEY made, I was told to “use another company”. Which is exactly what I will do and I would urge others to do as well. This company is exploiting their workers, not telling them the exact details of the move so they can get as much work out of them in a day as possible. The move my guys had the day before was a 3-story house. They showed me the company’s info that was sent to them, the company said NO stairs?? Why lie?? Because they knew that move would be difficult/several hours and they wanted to make sure they could tack on another move that day on these guys. Totally messed up what they’re doing to hard working people trying to provide for their families. Really a disappointing experience. Gonna just pay the guys directly to come back for the piano because this company will not see another dime from me.

George and Jose were amazing! Very timely, helpful and listened to each request that was asked of them. If I could give more than five stars I would. You can tell they care about their job and it really shows. I felt they respected our belongings as if they were their own. This was one of the best moving experiences I’ve had and I’ve moved a lot. I’d recommend them and in particular this company to anyone and will be using them if and when I move again. Also from the moment the moving company began giving me a quote they were also very professional and returned all of the information almost immediately via email and were easy to reach on the phone. No ducking and dodging calls. Thanks move for less!!! 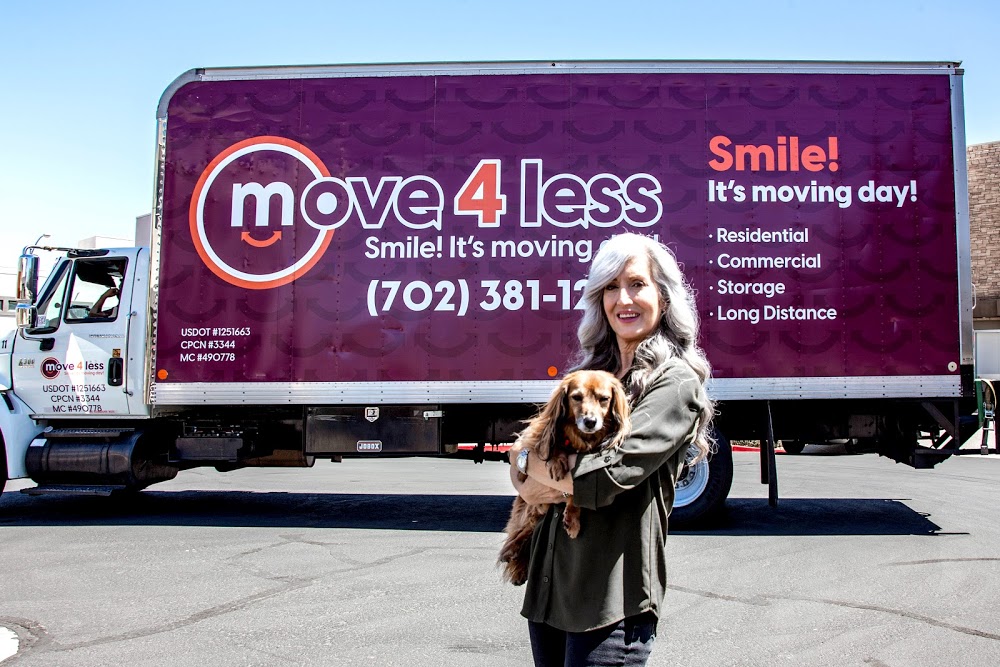